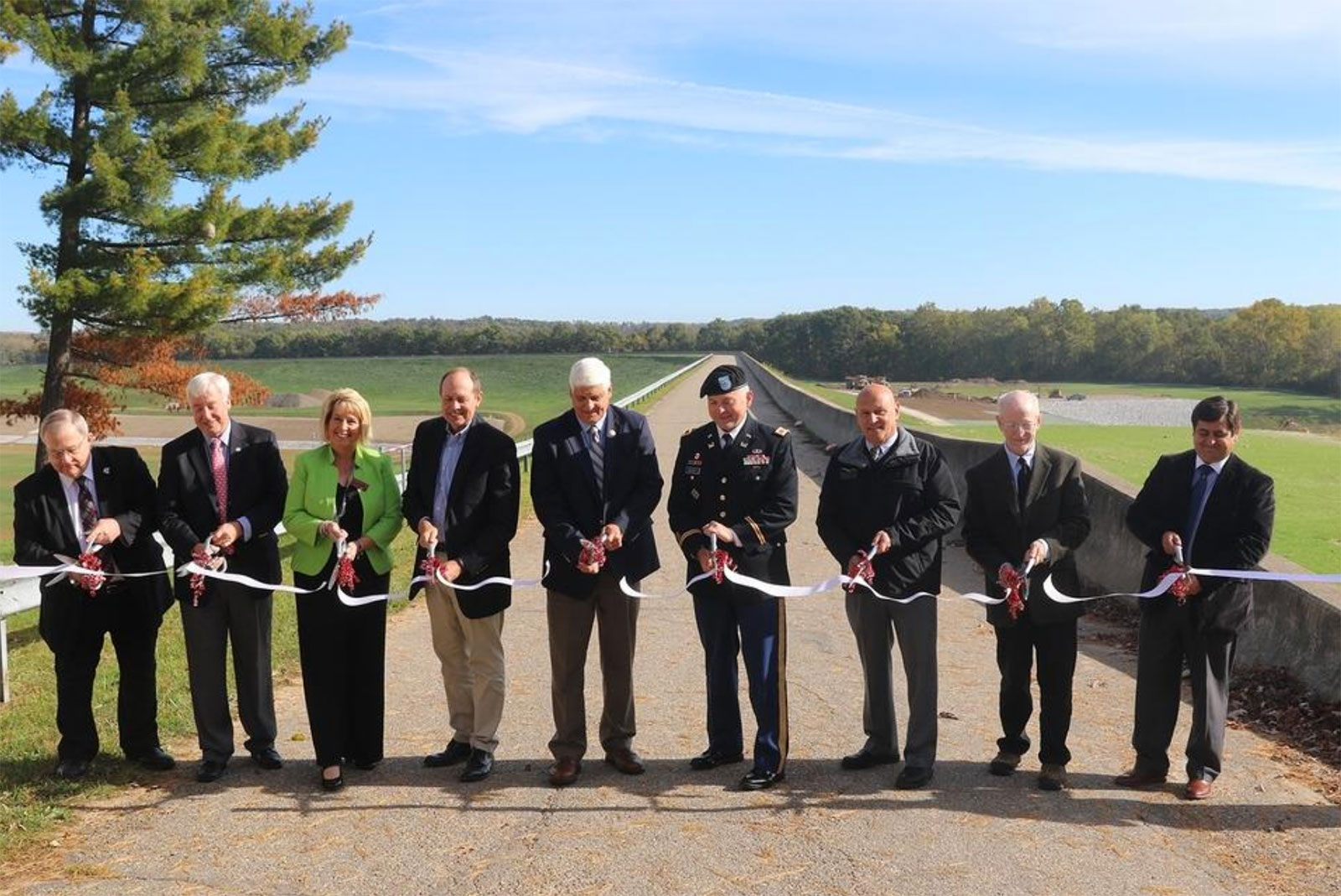 Area leaders celebrated the completion Friday of a $44 million seepage barrier at Bolivar Dam that should guarantee the future stability of the flood-control structure.

"This is truly a remarkable day, whenever a district commander can stand up and celebrate the completion of a significant project within the Corps of Engineers," said Col. Philip M. Secrest III, commander of the Huntington District of the U.S. Army Corps of Engineers.

Secrest was one of the speakers at a ribbon-cutting ceremony held at the dam on the sunny — but chilly — morning. Also in attendance were local political leaders and representatives of the Muskingum Watershed Conservancy District, which contributed the $24 million local share for a project to rehabilitate Bolivar Dam, Beach City Dam and Dover Dam.

"This project is 78 years old," the colonel said of Bolivar Dam. "It's older than my dad."

The project involved constructing a seepage barrier 4,500 feet long, 3 feet wide and as much as 144 feet deep. To give a perspective on that, he said the stadium at Ohio State University is 136 feet high and the Ohio Statehouse in Columbus is 158 feet high. "It's an incredible feat to be able to dig that far down and put a barrier like this to ensure the safety and stability of this facility, this dam," Secrest said.

Bolivar Dam protects 28,000 people who live below the dam, he said. Corps officials saw the need for the barrier during a flood in 2005 when the dam was at its record pool. They observed a great deal of seepage under the dam. Work on the barrier began in January 2015 and was completed in May.

Fabio Santillan, vice president of Treviicos South Inc. of Charlestown, Mass., the contractor on the project, noted that the barrier was completed almost a year ahead of time. In addition, workers labored on the project for 350,000 hours without an accident. "We're very proud of this accomplishment," he said.