TREVIICOS SHORES UP A SEA WALL FOR THE MBTA

This federally funded project provides for construction of a new length of seawall to replace the existing seawall along the Mystic River, which had been subject to erosion due to tidal action and was risking collapse. The completed project will ensure the integrity of the critically important MBTA bus garage, protect Charlestown from flooding in the event of storm surge, and restore areas of land behind the walls, including repaving of the bus roadway area along the seawall.

In addition, it will allow for later construction by the Department of Conservation and Recreation of a bike/pedestrian path on top of the seawall connecting Charlestown with the proposed Mystic River bridge.

The MBTA awarded the project to the Middlesex Corporation who subcontracted jet grouting works to TREVIICOS. The job entailed installation of almost 1300 double-fluid jet grout columns of 4,6, and 7 foot diameter at depths ranging from 30-50 feet deep. To make the columns, TREVIICOS used two Soilmec SM-14 drill rigs for jet grout production and a Soilmec SM-8 for the coring.

Work was performed within a cofferdam in the Mystic River, with the rigs initially placed on barges, then moved to platforms built by the general contractor to reduce standby time caused by low tide. Jet grout quality control, coring and UCS testing was performed to assure compliance with the required 250 psi UCS.

The stabilization was an efficient process though it also involved continuous checks on the effects of the contaminated soil as well as logistical challenges.

Work was completed in early November 2018. 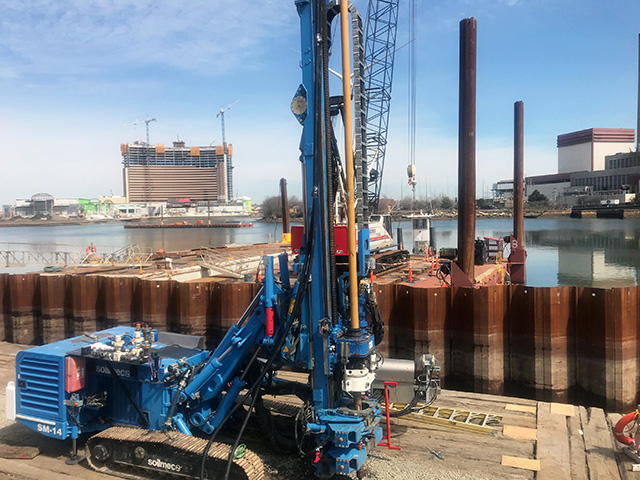 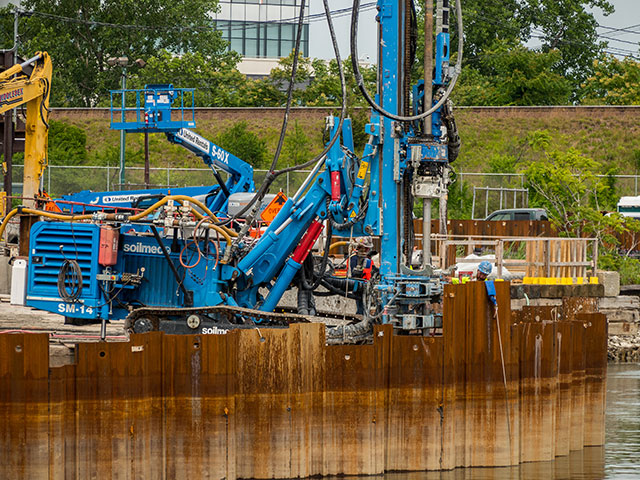 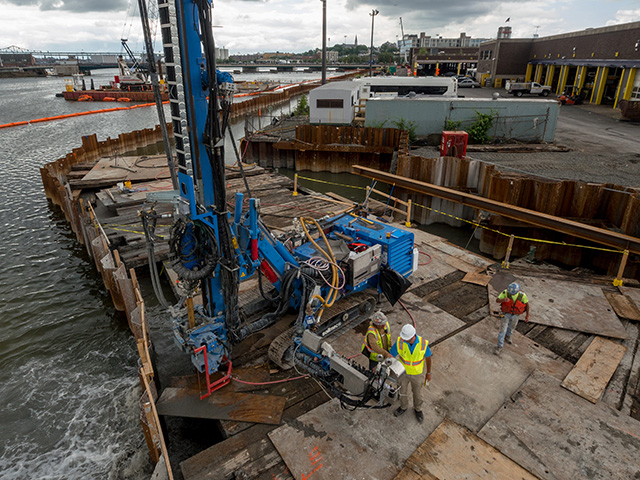 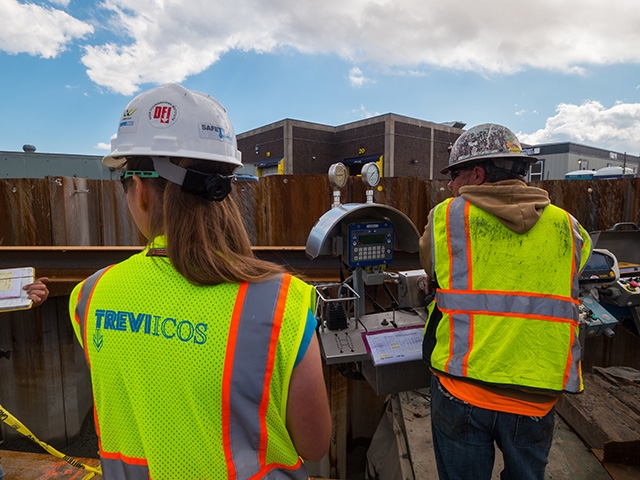