The LPV111 East Back Levee Improvement Project is located along the Gulf Intracoastal Waterway in Orleans Parish of New Orleans and it is an essential component of the New Orleans Hurricane Protection System. The existing levee sections suffered extensive damages from Hurricane Katrina, such that the US Army Corps of Engineers elected to provide earth stabilization and rebuild the levee sections as part of the Greater New Orleans Hurricane Storm Damage Risk Reduction System. Due to the adverse geotechnical properties of the foundation soils, wet Deep Mixing Method (DMM) was selected to stabilize the existing ground conditions ahead of the new levee installation. 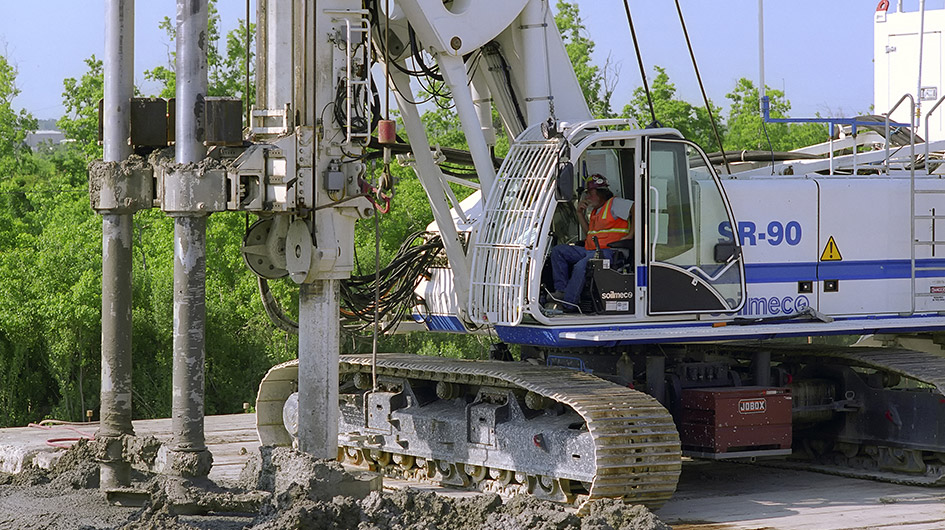 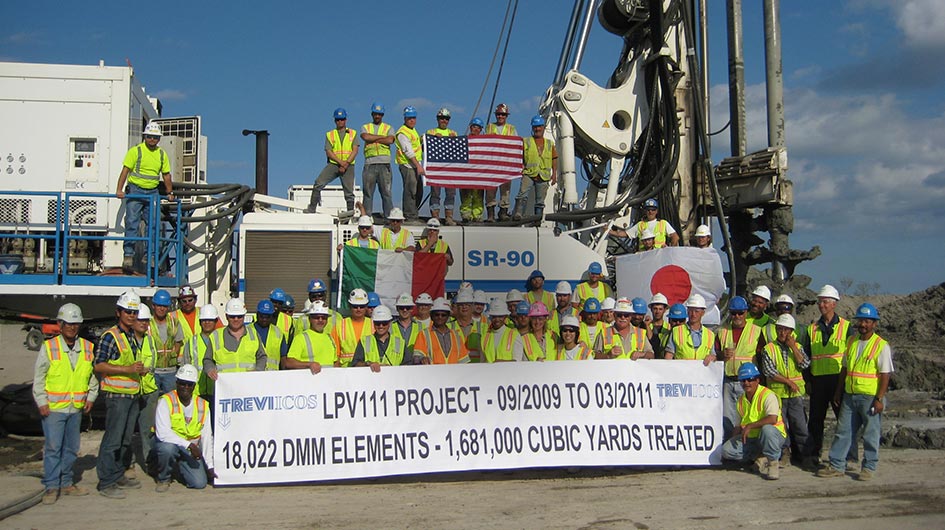 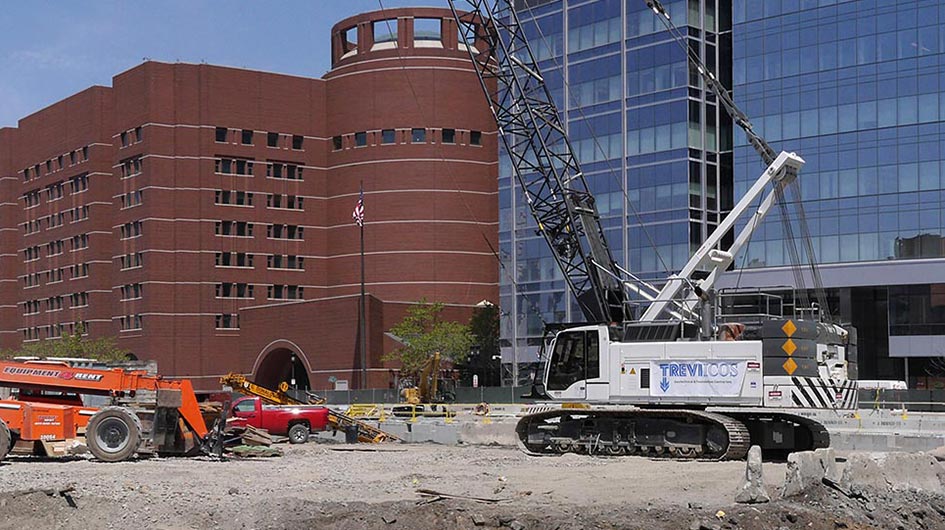 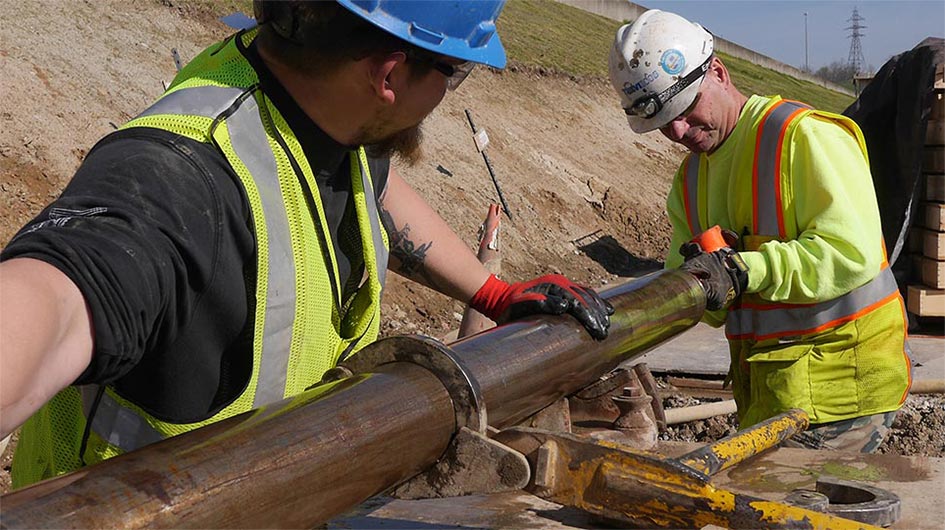 The Project was awarded by the USACE as Early Contractor Involvement (ECI) to expedite the contractor selection and project construction schedule. As part of the ECI contract, TREVIICOS was actively involved in the finalization of the design and constructability. Over 5 miles of levee were stabilized employing a total of 8 drill rigs, single and double auger, carrying 5.25 ft diameter mixing tools. DMM elements were distributed in buttresses perpendicular to the levee axis and spaced 15.5 ft on-center. The elements were installed from a working platform, built with material resulting from the mixing operations, through mostly clayey and organic (peat) soils, and were keyed into the more competent Pleistocene layer. The DMM was installed and maximum depth reached was 70 ft.

The soils were mixed in situ with predetermined quantities of binder, a blend of Slag and Portland cement. The grout was injected at the bottom of the drilling rods at different rates of pressure and flows to address the peculiar properties of each soil layer.

Appropriate installation parameters were preliminarily identified through several laboratory and field tests and were constantly monitored in real-time during production through SOILMEC’s Drilling Mate System. The DMS allowed also the computer controlled installation of the DMM elements and the immediate QC of the constructed element through a data email sent upon completion. Three percent of the elements were cored for verification of the acceptance criteria; over 500 top to bottom continuous coring were drilled and over 5,000 specimens were tested for Unconfined Compressive Strength assessment. Production was successfully completed ahead of schedule and with no remedial work. LPV 111 is the biggest DMM project ever complete in North America and possibly the world.

Request information
38 Third Avenue, Charlestown, MA 02129 U.S.A.
Contact us - Careers
Related Services
Download
Cookies help us to provide our services. Using these services, you agree to the use of cookies on our part.. Info