Diavik Diamond Mine is located in the North West Territories of Canada, approximately 1,300 miles south of the North Pole. The A-418 Dike was built as part of the planned mine expansion. The water tightness of the dike was affected by the installation of a cutoff composed of plastic concrete cutoff wall, jet grouting and pressure grouting. The Jet Grouting, performed by Trevi Foundations Canada, was installed to seal the base of the cutoff wall to the pressure grouted rock, making the dike watertight for the open pit excavation. 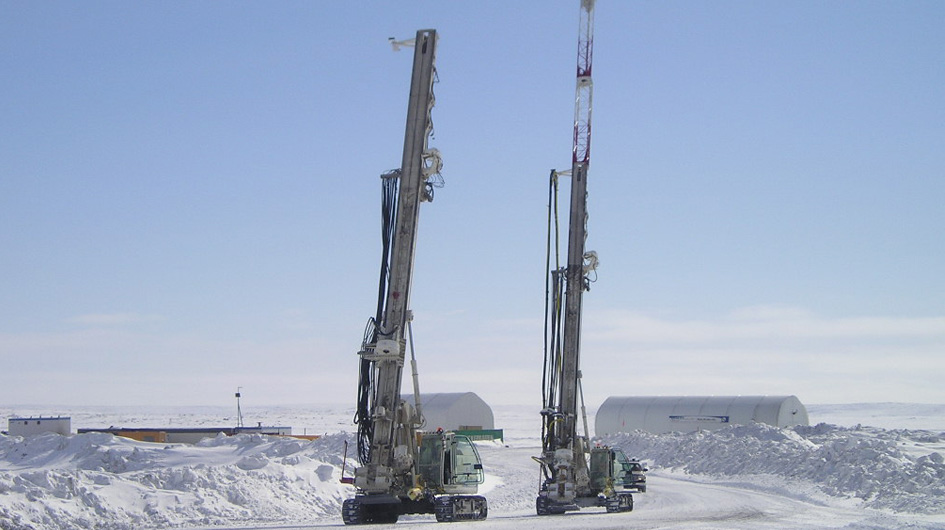 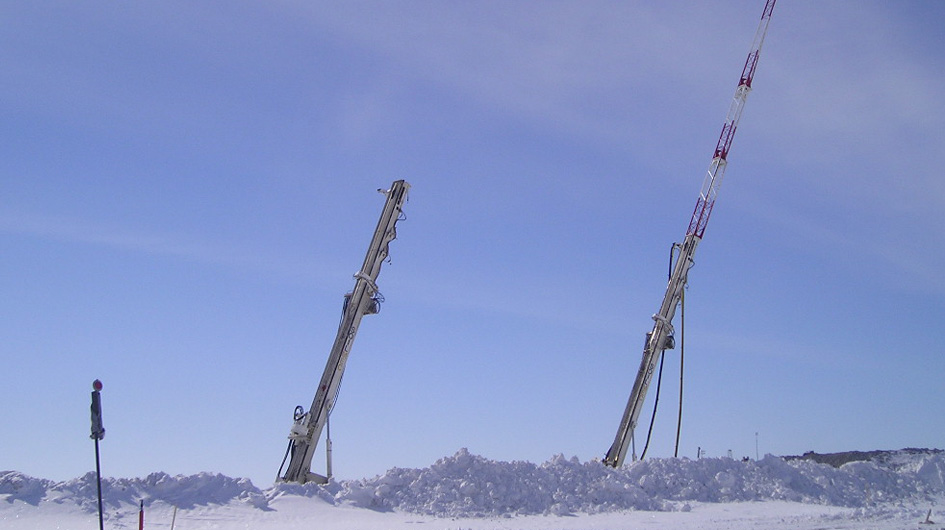 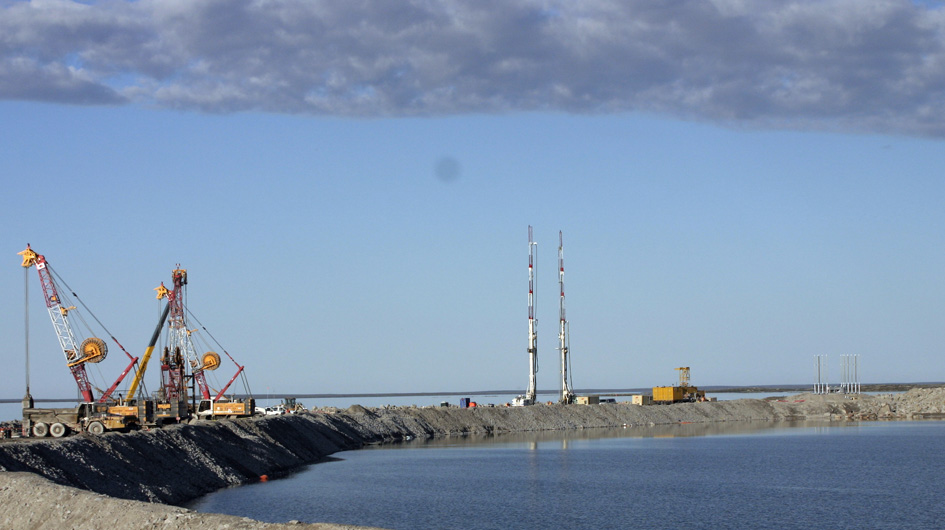 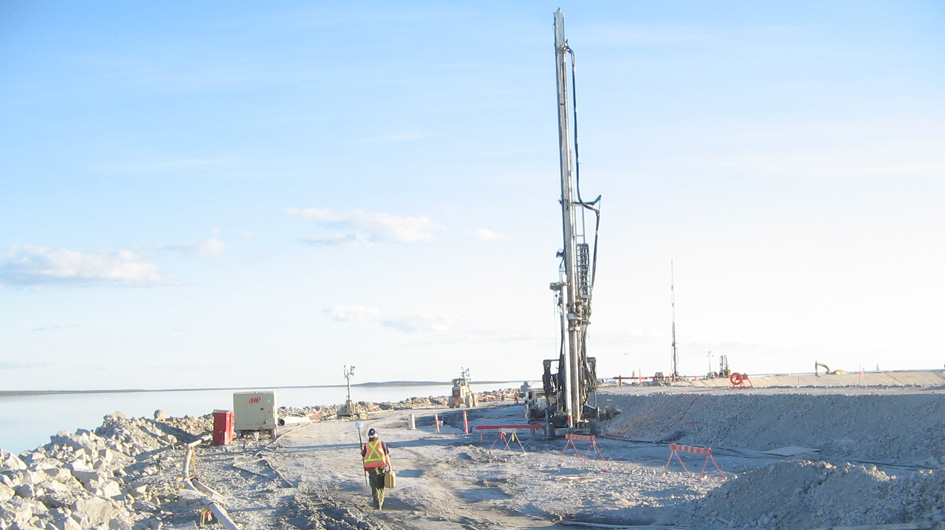 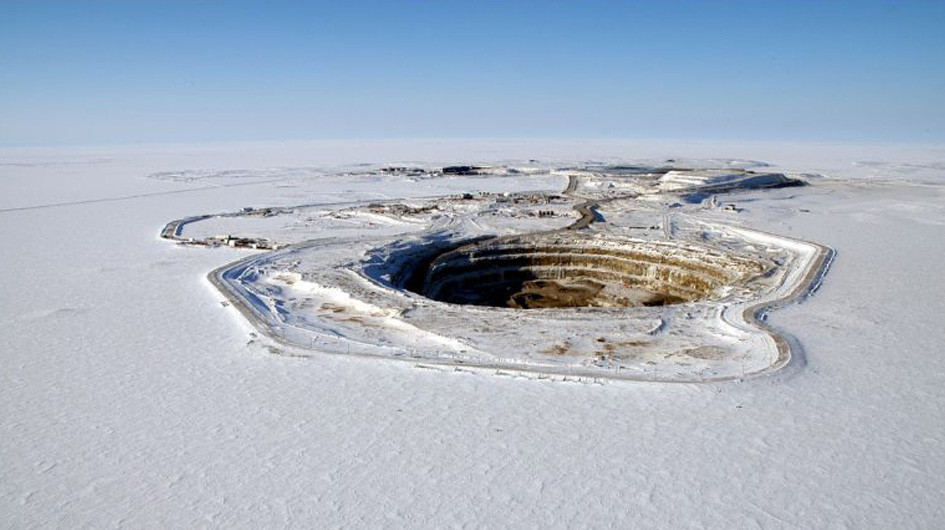 The Jet Grouting contract value was $14 million Canadian Dollars and the work consisted in the installation of a single line cutoff wall for a total of 1,169 columns with depth exceeding 135 ft. Prior to carrying out any work, a series of tests were conducted to determine the characteristics and parameters to be used for jetting. The first phase of the work was performed during the winter months with temperatures reaching the -50 degrees Celsius (-58 Fahrenheit). Work was conducted inside heated domes for both the drilling and mixing operations. The second phase of the work was carried out during the summer months, after the installation of the plastic concrete diaphragm wall and grout curtain by others. The work was completed on schedule in approximately 7 months.
The equipment used, manufactured by SOILMEC, was customized for use in the demanding conditions imposed by the site.
Request information
38 Third Avenue, Charlestown, MA 02129 U.S.A.
Contact us - Careers
Related Services
Related Technologies
Download
Cookies help us to provide our services. Using these services, you agree to the use of cookies on our part.. Info